about this book: Adie Perrin sat in a worn booth at the Hit or Miss Bar, downing her third bottle of cheap Cerberian alcohol, wanting nothing more than to go unnoticed.

Tonight she had a mission—drink until the green-gold alcohol consumed every vestige of pain. And unlike her previous assignment, her final mission of the interplanetary war, she'd complete this one. Hell, not even a legion of Petulo soldiers could stop her from getting drunk tonight.

After taking the last bitter swallow from her third bottle of alcohol, she palmed the last of her credits. She had enough for two more Cerberians, then she'd be finished. Finished drinking. Finished fighting. Finished living.

There was a sad sort of satisfaction in knowing that she had come to the end of it all. She felt ready, ready to let go and fall.

Adie dropped her chin, allowing her dark-red hair to hide her scarred face before waving down a worn-out waiter. The crammed-in crowd forced her to shout her order up to the tall man. How he heard her over the cacophony of drunkenness, she didn't know. Maybe he read lips or minds. Either talent would work to the benefit of the staff at her favorite crap bar.

While waiting for the alcohol to arrive, thoughts of the last couple of years surfaced. Tonight she celebrated an anniversary of sorts. It had been two years to the day since control of her body and all its parts had belonged to her instead of the Petulo commander who had captured her at the end of the interplanetary war.

Memories surfaced. A laser blade burning through her skin. Precise, intricate designs branded on her belly, her back, her face. The sound of her own screams. The smell of burning flesh...

She gagged, her eyes and nose watering. Her stomach cramping.

She'd endured the torture for nothing. Her unit—her family—had died before she had even regained consciousness, making the secrets she fought so hard to keep worthless. She had lost everything.

Adie forced the memories away with another swallow of alcohol.

The waiter plunked the fresh bottles on the table, jerking her back to the present.

On the house." He gave her a toothy smile, a low bow. "It's an honor to serve you, Soldier Perrin."

She slid the last of her credits to the edge of the table and glared. He had to be new to try that shit with her. Thankfully she had a glare as deadly as any of her former weapons. Grinding her teeth, she rolled her eyes up to meet his gaze and let her stank-eye do the talking.

With a shaky hand, he snatched up the slick, circular credits and hurried away.

She grabbed the frosted bottle closest to her and added a handful of pain-deflectors to her suicide cocktail. She'd already inhaled a baggie of her favorite street drug, Nevermind, before limping down the block to visit Hit or Miss for the last time.

The pain-deflectors melted in the Cerberian, changing the color to murky brown. She plugged her nose and guzzled. Yeah, she was something special, wasn't she? A real role model. She snorted her disgust with herself and everybody else.

Gods, when would everyone stop seeing her as a war hero? When would they realize she was nothing more than a fool who didn't know when to let go?

Well, she planned to let go tonight. Tipping the bottle up to her lips, Adie shuttered her eyes and let the liquid fire burn through the broken house of her soul. 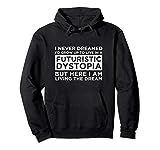 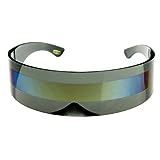