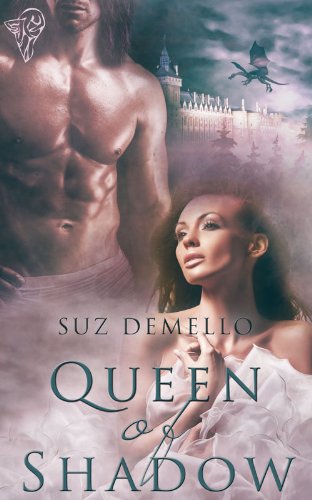 about this book: For a decade, I had been fascinated by the concept of a planet that lacked tilt and spin, always presenting the same face to its sun, before I started to write Queen of Shadow. I thought about what kinds of societies would evolve in such an environment, then realized that three environments would exist: a brutally cold Darkside, a searing Lightside and the Shadowlands, where Queen Audryn holds sway. The Shadowlands are the only areas on planet Janus with free-flowing water, and thus the producer of most of Janus' foodstuffs. Thus, Audryn is the most powerful person on Janus, and her chosen mate would become the King of Shadow, ruling by her side. Her selection is not only crucial to her happiness but to the future of the planet.

Queen of Shadow incorporates a long look at this unusual place, plus lots of palace intrigue and action-adventure as Audryn sets out to choose among her suitors.

People often ask me if the place I live influences my writing...this book was written in Chiang Mai, Thailand. So I guess the answer is no! But it was great fun to write and I hope that readers will find it fun, as well.

Other books by Suz deMello