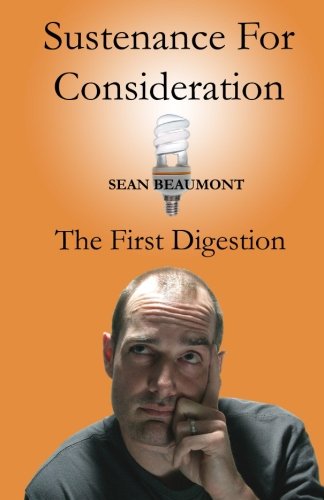 Book: Sustenance For Consideration - The First Digestion by Sean Beaumont

about this book: The book has been praised for being a great thing to leave lying around the bathroom. Not because it's great for drying off with after a shower, but more so because it's good to just randomly flip through for a good laugh or ten when you're otherwise unavailable. I actually enjoy my book being described that way, as it makes it immediately different than being a novel. I also feel like it's not a typical joke book either, because it's not presented in a typical joke format (setup/punchline) kind of way. To me, I think comedy presented through absurdity is a better way to describe it.

It's a collection of random musings (sustenai as I call them, because sustenances sounded ridiculous) which I thought up on a long commute to work for 800 consecutive days. They vary greatly in types of humour (ie, gross, corny, clever, inappropriate, etc) and when I was organizing them into the book format I separated them into chapters based on those types. I originally posted them onto my Facebook account, but there was no rhyme or reason to the subject or type of humour, just whatever I thought would get a laugh. Some of the funniest things I included in the book are the reactions that some people had to the random postings. When you put a bunch of absurd things on the internet, for anyone to see and for no reason, you quickly learn who in your family/co-worker/friend groups have similar senses of humour and who now just think you're crazy.

I believe I committed a major faux-pas by putting my face on the cover, but I designed everything in this book myself and didn't realize it was a bad idea until it was already done and submitted. It was the first idea I had for the cover, which I thought was fitting as it's actually a reference to one of the sustenai in the book; "I got a bright idea about how I can be more energy efficient. After this one, all my bright ideas will now be represented by a floating compact fluorescent light bulb over my head, instead of one of those energy sucking incandescent ones." 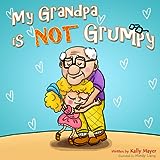