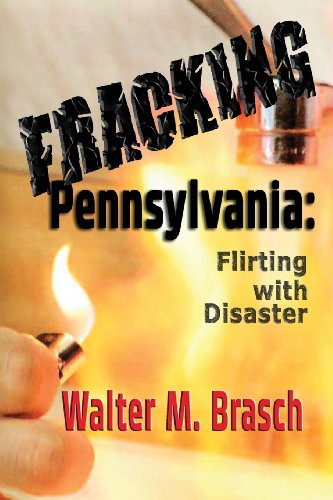 about this book: FRACKING PENNSYLVANIA is a fact-based investigation of the health, environmental, health, and social issues surrounding the natural gas industry and fracking. It also looks at the collusion between energy corporations and politicians at all levels. Although it focuses upon the Marcellus Shale (Pennsylvania, Ohio, New York, West Virginia), it looks at cases and issues in other parts of the country. The book is not meant to be a extensive analysis of the science and engineering of the process to extract natural gas nor a comprehensive discussion of the economic, health, environmental, and political issues. It is meant as a basic reference to acquaint people with the issues, with the hope they will dig deeper into areas that directly concern them and rally their friends and neighbors to help protect the health and environment of the people, wildlife, and natural vegetation. . . .

The book began as a column. I knew that the proposed law, pushed by the Republican governor and the Republican majorities in both the House and Senate, was controversial. Although seeming to regulate natural gas drilling, it was written by pro-industry lobbyists and legislators.

I didn't want to do much on the issue of fracking. I had been aware of the issue for about three years, and concerned about two years. I was overloaded with other work. I was writing a syndicated newspaper column, doing weekly radio commen-taries, and promoting my recently-released book, an historic novel, Before the First Snow: Stories from the Revolution, which has an undercurrent of environment and energy activism; the main characters are environmental activists who became involved in a battle in the early 1990s to stop the building of a nuclear waste plant by a corrupt corporation that took safety shortcuts. Not only do the activists have to prove the proposed plant is dangerous to the environment, they have to overcome the lure of jobs in a depressed economy, and show that the temporary boost in economic prosperity is not enough to over-come the decades of health and environmental problems.

I also knew that all the issues and problems in the building and operating of nuclear power plants in the 1980s and early 1990s were almost the same as in the natural gas fracking process two decades later. The government and Big Energy were again collaborating, holding out jobs as the lure to get the people to overlook the hazards of construction and continued operation of one source of energy. Substitute names, and the issues raised decades earlier are the same as today.

Frankly, after an intense time of writing and research to once again expose problems of nuclear energy, I didn't think I had the energy to write about another environmental campaign so soon.

But, I knew I had to research and write. There was one part of the proposed law that led me to believe there was a bigger story than just a controversial law. Buried deep in the 174-page bill was a section that allowed any natural gas company to withhold disclosing some of the composition of its fracking fluids if the company could establish that it was proprietary information. This would forbid health care professionals from getting the knowledge they might need to treat persons with idiopathic illnesses who came into the emergency rooms or physician offices. If the physician suspected a link between symptoms and the toxic chemicals and compounds in the fracking fluid, the companies would allow the physician to learn the composition of those "trade secrets." But, there was a catch. The physician would have to sign an agreement not to disclose the composition or the cause of illness to anyone, including the patient, medical specialist, or public health worker.

The cavalier attitude of protecting "corporate secrets" at the expense of public health led me to push aside other writing, and begin a month-long investigation, assisted by health care professionals and lawyers.

The article led to many reader responses, but I was still unwilling to do other articles. Frankly, there were many activists who were already protesting, and I didn't know what else I could do to add to the public's knowledge. But, I kept getting reader responses, and suggestions of other stories. After writing two more articles, I finally realized my next book had to be about fracking, a process which most Americans had little knowledge about and which had barely registered on any search engine prior to 2008.

I began this writing project trying to balance all sides, to be objective, to allow the facts to direct my work. But, as I accumulated mounds of evidence, both written and from innumerable interviews, I realized that fracking, even under the best of conditions, is a problem. 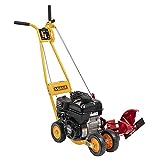