Book: Falling Out - A Memoir - Saving a Life Should be More Fun! by Kenyon Aubin Oster

about this book: Kenyon Oster's friend sues him after he almost dies falling out of the closet off the balcony of a gay bar saving her life. When he awakes from the week-long coma, he sustains a massive brain injury in the accident, he discovers that he's a zombie and that his parents have kicked his boyfriend out the hospital. Trapped inside himself and disconnected from the rest of the world, Kenyon has other issues to try and resolve. He's going to spend the rest of his life feeling like he will lose his mind at any given moment, and, although that's why no one ever expects him to recover, none the doctors can tell him what that means. Lost and confused and numb, Kenyon builds the foundation of his life atop a mound of quicksand and moves forward believing that "something wonderful is going to happen" to him. It's a phrase that becomes his mantra and helps him battle the irrational fear of feeling like he's going to die the second he leaves his apartment. Rebuilding himself is a constant battle of falling apart, falling down and getting back up emotionally and mentally by using his mantra. The thing is that all anyone around him can see is the fact that he's falling down. They don't know that he believes that if he finds his voice, his center, that he can make sense of the madness and forgive his friend for destroying the expectation of goodness he grew up believing in and making every minute of his life impossible. So he runs away from home after his parents try to commit him and after a few years of falling apart and falling down it takes its toll on him and he winds up focused on wanting revenge and homeless. He moves into his cubicle at the office and takes a second job working at one of Graydon Carter's restaurants (Vanity Fair magazine) where he's enveloped every night by an overwhelming amount of positive energy. One night Dr. Deepak Chopra tells him that he's sparkly, and it's impactful. He sneaks back into his office and forgives his friend and himself for not knowing how to survive something that no one expected to survive and learns how to honor his goodness. Saving his friend's life should have been more fun, but his journey is an amazing reminder about never giving up and the importance of forgiveness sprinkled with numerous laughs.

My audience is 18 to 30, mainly. Who doesn't struggle with letting go of negativity? I marinated in it for such a long time because every time I had a panic attack or was depressed or felt agoraphobic or had ptsd, I started hating my friend. So my message is to inspire young people to not dwell on negativity and to believe in themselves. I never thought I'd be able to write my book. In between falling apart and trying to support myself and having fun, I struggled to find my voice as a writer and as a human being.

I chose the cover of my book because I wanted to be on it and make it engaging. So my friends and I do drag once a year to raise money for charity and my character is Sabrina LaVerne Williams. She's the fictional albino, long lost sister of some very famous tennis-playing sisters. I've done quite a few things as her to publicize the book.

Falling Out is available at Amazon and the website and b&n.com. Thank you for all your help! I hope to hear from you soon! Warmest regards, KO 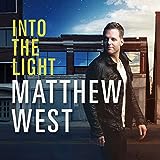 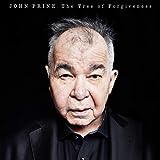