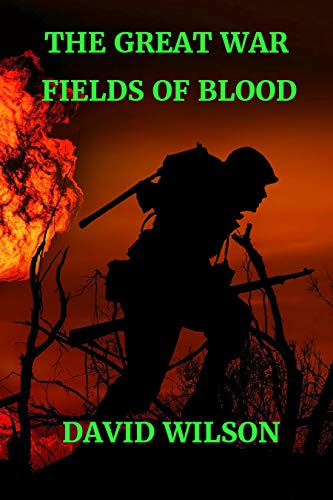 Book: THE GREAT WAR - FIELDS OF BLOOD - ACTION ON THE WESTERN FRONT by David Wilson

about this book: "The Great War: Fields Of Blood" relates the action on the Western Front during the First World War. I was inspired to write this book as it was the centenary of the end of the war last year. My interest in the two wars stems from the fact that my father fought in the Second World War and served with the First Airborne Division at Arnhem. As the war was the bloodiest in history I considered "Fields of Blood" an appropriate title. I spent much time on research and I found the hardest part of writing the book was in relating the numbers who lost their lives. It was a real eye-opener to think that nearly 60,000 British soldiers were either killed, wounded or taken prisoner on the first day alone of the Battle of The Somme. The Generals appeared unwilling to change tactics to account for the needs of progress in warfare and preferred too often to fight with the Cavalry. The trench warfare adopted on the Western Front meant little ground was gained by either side but resulted in a loss of more and more lives. How futile to see young men from either side with no grudges to bear against each other being ordered to fight. Let us never forget the great courage and bravery of our soldiers.