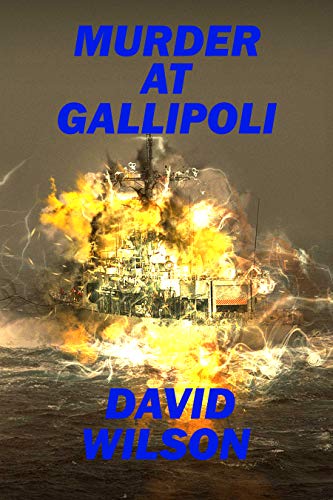 Book: MURDER AT GALLIPOLI - Battle of Gallipoli by David Wilson

about this book: Murder at Gallipoli relates the action of the Battle of Gallipoli and the work of the Field Ambulance there before I discuss the reasons given for its importance. I argue if the initial naval attack was initiated for purely personal reasons as many of the more knowledgeable naval officers were against it as no naval attack had ever succeeded against land fortifications such as Gallipoli. I also question the role of some of the commands given to the men during the naval and land battles and wonder if this was tantamount to murder -- hence the book title. I was left with little regard for some of the Generals I had previously held in high esteem. Being the anniversary of the end of the First World War last year I undertook a lot of research on the subject. Writing the book left me in tears at times as I realised how many unnecessary deaths had occurred. Deaths of young men with no hatred and who only a few months earlier would most likely be living happy and peaceful lives. The book offers the readers an opportunity to realise the extreme courage and bravery of the men even when they realised that some of the commands given would lead to near certain death and that someone had blundered. The futility of war.