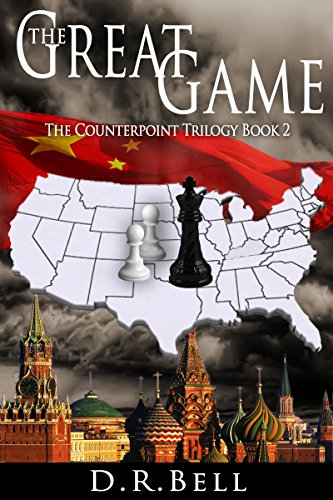 about this book: This book was born out of an entirely random coincidence. I was at my desk rereading Bulgakov's The Master and Margarita, thinking how unfortunate that this classic of 20th century Russian literature with its collage of timeless ethical questions, fantasy, and realism is not well known in the U.S. My phone rang, and I looked for something to place in the book while I answered. When I came back to the book, I realized that the small piece of colored cement I used as an impromptu bookmark was chipped from the fallen Berlin Wall back in 1989. For me, there was symbolism in combining a blistering satire of a monstrous bureaucratic state with an emblem of that state's downfall 50 years later: In the end, the writer triumphed over the tyrant. I was born in the former Soviet Union and even a few years before the fall it looked like an invincible superpower, but in reality the Soviet Empire had already been doomed by its deteriorating financial situation. Are there any lessons in this for us? Have we learned from the two market crashes and financial upheavals we have had already in this still young century?

I wanted to write a book that would not only entertain but also cause the reader to think and question, a book that would sweep the reader into a story with a serious message behind it but without lecturing. I wanted it to have fast-pace action, intrigue, love, courage, and betrayal. I wanted to weave in reflections on: human nature and its propensity to be seduced by power, conflict between the individual and the state, the government's role in the economy, and the interplay between the material and the spiritual. It's clear from the book that I don't approve of the massive deficits that our fiscal policies are leaving to the younger generation, but you won't find a single mention of a particular party as we are all in this together (and I believe that both major parties are to blame). Lastly, I wanted to bring to the American reader Bulgakov's The Master and Margarita, a book that deserves a place on people's bookshelves (or in their e-readers).

The first draft of the book took about four months to write, but then I spent another six months tweaking and editing. I enjoyed writing the book and I hope that to some small degree I succeeded in what I set out to do. At least some of the reviewers seemed to think so:

• "[t]he economic and philosophical exploration in the book is handled deftly and won't leave you feeling turned-off even if you don't agree with everything … If you like your thrillers to have engaging plot-twists AND make you think, then you should enjoy The Great Game."

• "It's possible to just enjoy the novel as an action adventure involving high stakes financial games, international intrigue, spies, murder, mistaken identities, and an everyman protagonist unwillingly and randomly swept up in it all. However, the deeper, underlying currents reflect the world in which we live today, and I advise readers to take heed of the message."

• "[a] well-reasoned and down-to-earth novel with a normal-guy protagonist that I could relate to. It is simultaneously fun, sobering, and thought-provoking."

I know you have many thousands of books to choose from. I hope you give The Great Game a try and enjoy it.