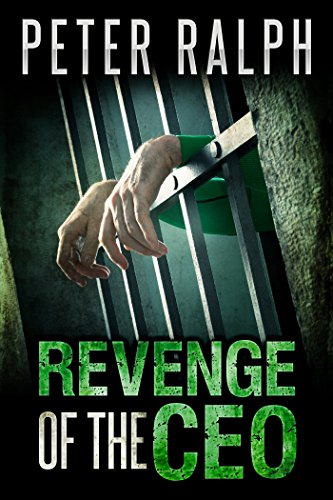 Book: Revenge Of The CEO by Peter Ralph

about this book: Douglas Aspine was an evil and ruthless CEO who destroyed the lives of all who came in contact with him. If he had one skill it was finding, and exploiting weaknesses in others.

He was too smart for the police and government authorities and avoided jail for the many heinous crimes that he'd committed.

However, he was not too smart for the widow of the man Aspine had driven to suicide. His lust for this woman overpowered him and was his undoing. With her brother, she framed Aspine for smuggling heroin into Singapore.

Sentenced to twenty years in Changi Prison the only thing that kept Aspine alive was hate and the thought of revenge. After eight long years of suffering, a child with cancer will provide him with an opportunity to escape. All he needs to do is exploit a father's love for his dying son. With some bribery and coercion, Aspine will be free.

Once out of prison, he would have his revenge.