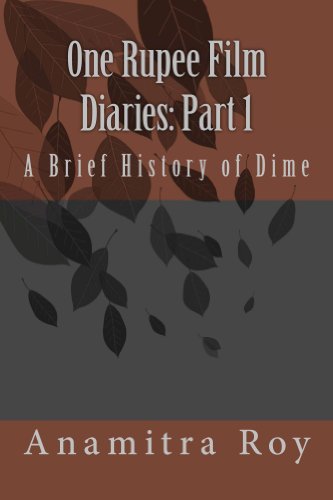 about this book: The book is about a rare kind of journey. It's the first part of a 3-book-series. In February, 2012 a crowd-funding campaign called The 0ne Rupee Film Project was launched in India. It has been more than two years since then. The film was supposed to be the only docu-fiction about the contemporary indie film scenario in India. It was supposed to get released in May, 2013. But, it did not! What happened to the film? --- This book invites the readers to taste the reality that DIY filmmakers face!

Being true to the form of art or being true to your heart is not everything. There is the omnipotent devil called market and it has its' own policies. The film that created a wave on the national media could not release in two long years. Release dates were postponed three times due to lack of funds. Till date people have kept on asking the makers, "hey, what happened to your film? When are we supposed to get to watch it?" So, the makers decided to lay it all in open. That's how this book was born.

They are still trying to find a way out. So, books of this series are short and they speak about key experiences and emotions. The reviews say -- "There are the pains and tribulations of the journey documented in this book. It is an interesting read" and "The makers of the one rupee film project did not have enough pebbles to quench their filmmaking thirst.So they decided to collect pebble(money in this case) through crowdfunding.This book contains the makers' journey of pebble collection".

The belongs to the non-fiction genre (you can look up for the 0ne Rupee Film project on the internet or on IMDB. The film is titled Aashmani Jawaharat or Diamonds in the Sky), which mean it is the truth and truth is stranger than fiction. So, truth must be entertaining, no?