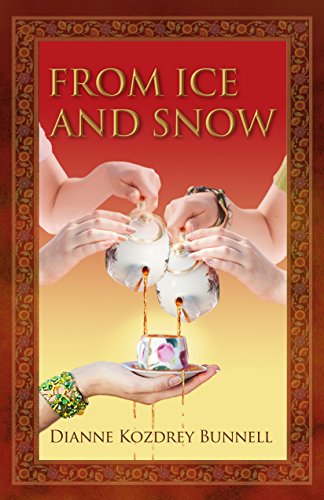 Book: From Ice and Snow (Life Is Calling Book 2) by Dianne Kozdrey Bunnell

about this book: From Ice and Snow is a fictional memoir, which basically means I fictionalized all aspects of the real story and characters to keep from being taken to court. So while it is the sequel to The Protest, also a fictional memoir, it speaks to the real issue of religion being used for the purpose of manipulating and controlling innocent victims.

In From Ice and Snow, Jane Bernard has not seen her 12-year-old twin daughters in six years. They went to live with their father, Reverend Logan Churlick, because they believed their mother was under the influence of Satan. Heartbroken and embittered, Jane strikes out at the one who is closest to her, her great love, Bolivar Bernard. When her daughters are 18, Bekah breaks away from her father's influence and reaches out to Jane. But Bekah's twin sister Darcy spurns Jane and now wants nothing to do with Bekah. Jane's heart aches to connect with Darcy, who is terrified to let down her guard with her mother for fear she will be cast into hell's eternal lake of fire and brimstone. After Darcy graduates from high school, she vanishes. Bekah stumbles upon where her sister is and decides to go after her. Will Churlick be successful in keeping Jane and Bekah from reconnecting with Darcy? Will Jane regain her daughters only to lose Bolivar? Will the strategy Jane sees as her only chance to save the marriage she has all but destroyed work?