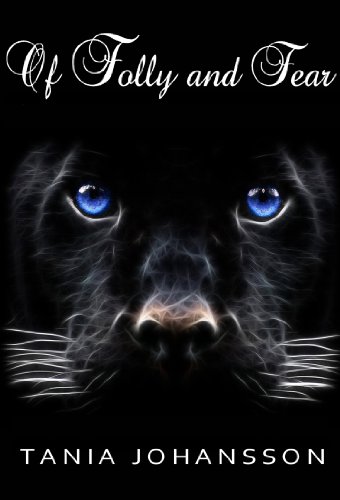 Book: Of Folly and Fear - The Forgotten Gods - Book Two by Tania Johansson

about this book: Fifteen cycles-of-the-seasons has passed since the end of book one. Kadin has settled into family life, the Battle of Magtisanya nothing more than a memory.

After receiving the sad news of his Moma's passing, Kadin heads back home to Predaki. While there, he has a disturbing dream. He at first writes it off as no more than that – a dream, but the Cha gives an ominous warning to heed his nighttime visions.

Soon after this, it starts becoming apparent that Dark Children and Twisted Ones have risen again. They are stalking not only Kadin's movements, but also that of his family and other Alliance members.

What's more, if these dark followers are roaming, does that mean Rakadamon is back?

A word about the cover - I love this picture! It is exactly how I picture Markai. It is a public domain image that I found and tweaked a bit. I could not believe it when I saw it...as though it was designed specifically for Of Folly and Fear!

I am soon to start writing book three of The Forgotten Gods series, but in the meantime, I would love to hear my readers' thoughts on the series so far.