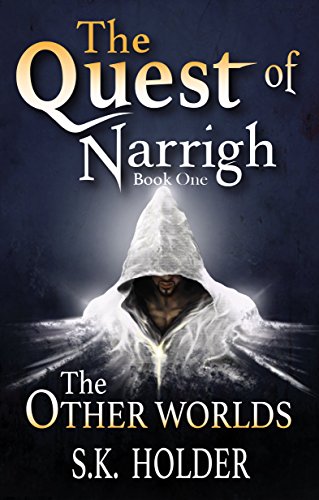 Book: The Quest of Narrigh (The Other Worlds Book 1) by S.K. Holder

about this book: This is a book about a boy who becomes trapped in another world while playing the online-role playing game (RPG), The Quest of Narrigh and about the scientist Skelos Dorm, who has been exiled from his home planet of Odisiris, for carrying out unlawful experiments. Both protagonists are embarking on a major journey of discovery.

However, you don't have to be a lover of computer games to enjoy this story. It's not about gaming!

The book took me a year to write. I used some material I had written for another book, I had in mind, which never really took off.

I came up with the idea of the book while playing an online-role playing game, I became so immersed in it, I thought about how I would feel if I was on the other side of the screen. Except, the world I experienced was not a virtual world, but a real one.