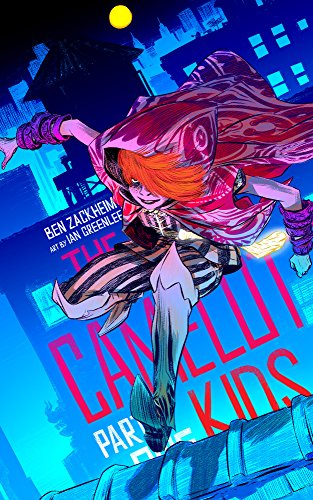 Book: The Camelot Kids - Part One by Ben Zackheim

about this book: As a lover of Fantasy, I've always been fascinated with the world of Camelot. It's one of those things that everyone has heard of, but not many people know much about. But why is that? King Arthur and his adventures are a staple of modern Fantasy! Without the adventures of Lancelot and Gawain and Le Fay we'd have a much different sense of what makes a good Fantasy yarn.

As a reader, I understand why folks are turned off by the old stories. The myth feels old, maybe even a little preachy. But as a writer, I've set out to change that perspective. The result is my book, The Camelot Kids.

The Camelot Kids tells the tale of Simon Sharp, a boy who lost his family to a plane crash. He yearns to have a family again. But rotten luck seems to follow him everywhere. When Simon arrives at his uncle's home in Scotland he discovers that his father's brother is a tyrant, his schoolmates hate him, and to top it off he's visited by a ghostly girl who claims he's in great danger.

And she insists that he's the descendant of Lancelot, King Arthur's greatest knight.

Simon wonders how much a plane ticket back to the US would cost.

But things really go south when his teacher (the only man who had been kind to him) is murdered right in front of Simon. Accused of murder, he runs into the woods and, well there's no other way to put this... he gets kidnapped by a troll.

And that's the first 50 pages of The Camelot Kids: Part One.

I'll be telling the story in monthly eBook installments from August, 2014 until November, 2014. Then, in December, 2014 get ready for a gorgeous softcover with artwork by Nathan Fox (DC Comics) and Ian Greenlee (an up and comer if I've ever seen one!)