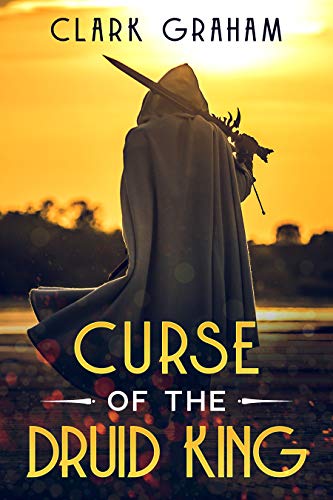 about this book: For four hundred years the Valkyrie have endured a curse, the warrior women can only have female children. This curse is finally broken and Signar, the prince of the Valkyrie is born. He searches the ancient records to find the land of his first inheritance. Tradition had it that a Valkyrie boy has to do a thousand mile walk to prove that he is a man.

Going against the wishes of his mother the queen, Signar and his two brothers set out to cross the Forbidden Sea to find the ancient land so he can prove his manhood.

The land is ruled over by an evil Druid King who does not want a Valkyrie walking about.

The Seven Dukes of the land help him, but by doing so, they risk a war with the Druids that they cannot win. Unknown to Signar, his very presence in the land has long been foretold by ancient prophesies. When he spills blood on the land it starts a set of catastrophic events that could lead to the death of thousands.