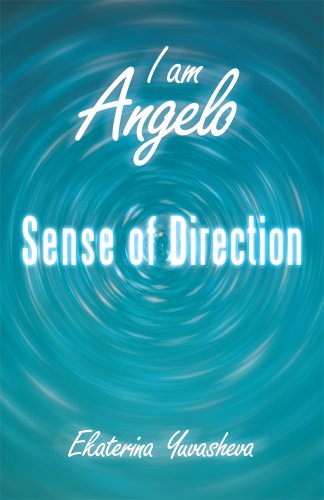 Book: I Am Angelo - Sense of Direction by Ekaterina Yuvasheva

about this book: "I am Angelo" was planned as a series of stories told from the perspective of twin brothers, Adrian and David Angelo. These stories are different – because the boys are different, despite being twins – yet alike in a very special way. They are, in the deepest sense, about what matters most – the family and the spiritual "family" we call friends. When "I am Angelo: Sense of Direction" was written, it focused on an adopted child, Adrian Prince (originally Angelo), trying to find his place in the world… hence the "Direction" in the title. His twin David is a lot less innocent, a lot less friendly… and his story is still in the works. For now, I am Angelo: Sense of Direction presents the story of a child who possesses special Powers, yet lives like a regular kid as he tries to connect with his families and his friends.

The inspiration for the current book – and, in fact, for the rest of the series was drawn from a certain interaction of characters in "Harry Potter". As I read the series, I realized at one point that the two main characters, Harry and Voldemort, were quite similar. In fact, I thought they could've grown up to be best buddies, had they both been the same age when they first met. Losing parents early in life… living with those who did not love them… knowing there was something special about them… yes, they were alike. Still, I knew I could not compare these characters "on their own", so to speak. They've influenced each other too much throughout the Harry Potter series. That started a thinking process, a long and arduous one, that ultimately transformed into "I am Angelo".

When I say it was a "long process", I mean it. The story started with a bunch of unconnected thoughts, issues I tried to resolve before I even started writing. The nature of the Powers… my characters' family history… their friends' families and characters… all the minor details that make any story come to life have been buzzing in my head ever since I started my undergraduate Chemistry program at Loyola University of Chicago. These random thoughts did not form themselves into anything certain until the last years of the undergraduate program, when I actually started to write the novel which is now published. Three years later, it was completed (sans the final edits)… and that was just the beginning, as I can confidently say now. It took me this long because I write only a bit at a time, and always stay with the flow of the story. I believe this is the most natural writing style, one that lets the characters grow and develop their own way. But, like any growth process, it takes a while.