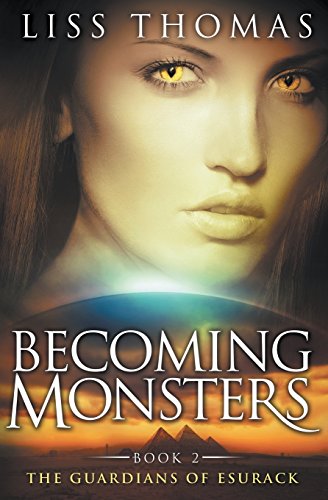 about this book: The second in The Guardians of Esurack Series. This book picks up where Finding Monsters left off and finishes Missy and Charlie's amazing adventure!

There's more to come from this series!

It's been a year and a half and Missy, now close to seventeen years old finds herself returning to the human realm she left behind in hot pursuit of Anukhan, the thief that stole her blue light and almost left her dead. Sensing it when he uses her abilities, she along with Charlie, and Saal race to find this ruthless killer of men and monsters. But they realize almost too late that there is a physical connection between Missy and Anukhan and now stopping him with deadly force will prove fatal for Missy as well.

Undeterred, Missy prepares herself for a difficult fight, one that could cost more lives than she's willing to sacrifice. Unlike her quests in the monster realm, another silent killer returns. One she's fought against her entire life and this time, it could win.

Additional releases due this year

The Goblin Thieves and Hidden Monsters