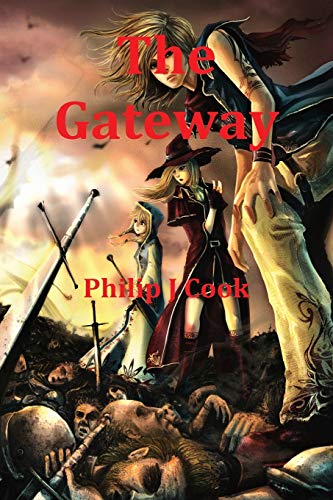 Book: The Gateway Book One of The Search by Philip J. Cook

about this book: I have written a fantasy trilogy aimed at Young Adults & Adults. Why did I write this? Because I love reading and I thought what the hell give it a go. I began writing the first nine years ago, it took me six years, the second and third about eighteen months for each. The title of the first book changed umpteen times until I came up with The Gateway and opening it was the aim of the villain. The second title was easy enough it starts with the bringing of plague to the island. The third title was hard, it took me the whole eighteen months to come up with it. So I settled on a quote by the main character. Whether he can keep to it is for the reader to ascertain.

The covers are free designs by my publisher. I used them because I am useless at technology and I didn't know at that time how to upload pictures and tweak them. It will be different for my fourth novel; my grandson is off to university to read computer science. I will receive free advice from him on pain of not feeding him! When I set out to write these I attempted to plan my stories. I found it impossible. Like Stephen King, I sit at my computer and let the words take me where they will. That way the story comes as a complete surprise to me as well as the reader. It's fun.

I bought many a book to aid my research, books dealing with animals of the forest, different trees and the climate in which they grow. I purchased books on demons and supernatural creatures; in fact I have a vast library that I can delve into including the Encyclopaedia Britannica, not the new one, the 1970s version. And what's more the knowledge stuck in my head. I think I've read some of the books that J K Rowling must for her research.

To my readers I wish them enjoyment of the story. Hopefully they will laugh and weep in the correct places and find the ending satisfying. I would hate for anyone to waste their money although, of course, I don't expect everyone to like it. However, I have not received a bad review yet (unless people are being kind!).