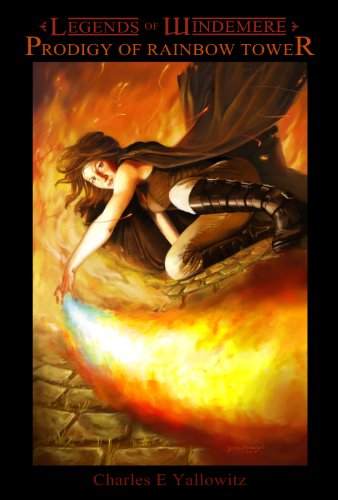 about this book: This is the action-packed, humor-filled sequel to Legends of Windemere: Beginning of a Hero where Luke Callindor and friends are pushed to their limits. As difficult as his first adventure was, nothing has prepared Luke for the challenges that await him outside of Hamilton Military Academy.

After graduating from Hamilton Military Academy, much to Selenia Hamilton's delight, Luke Callindor takes on the role of bodyguard for the royal heir of Serab. Joined by Nimby, Fritz Warrenberg, Aedyn Karwyn, and Fizzle, the young warrior is excited to return to the road. His excitement lessens when he learns that they are going to be traveling down the L'Dandrin River toward the capital city of Gods' Voice. Departing from Gaia, the largest city of Ralian, our heroes must prepare for a gauntlet of traps set by the Lich and his newest ally, Queen Trinity of the chaos elves.

Thankfully, Luke has a new ally of his own in the form of Nyx, the half-elven magical prodigy from Gaia. Blessed by the gods with incredible magic, Nyx leaves the safety of Gaia for the first time and quickly tests Luke with her volatile nature. More inclined to cast magic and ask questions later, the small group of friends must find a way to get along with their new ally whose scars run deeper than they can imagine.

Legends of Windemere: Prodigy of Rainbow Tower takes the reader on a tour of Windemere as our heroes struggle against goblins, demons, vampires, and a betrayal from one of their own. By the end of the adventure, Luke Callindor and his friends will never be the same.