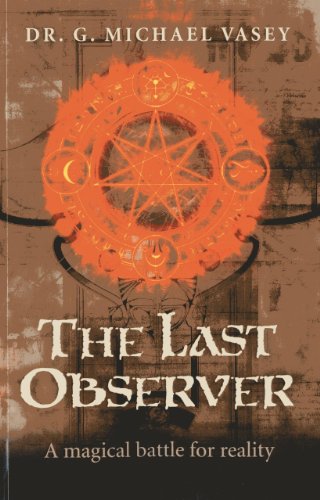 about this book: The Last Observer is fantasy about the nature of reality. Psychics and occultists are being murdered in droves and Edward believes this to be a plot by a black magic lodge to change reality by killing observers - people who consciously co-create reality rather than emotionally respond to it. The book is perhaps a mixture of The Matrix and The Devil Rides Out by Dennis Wheatley featuring magic, murder and mayhem and a reality changing climax.

The story was first conceived six years ago and the first chapter written then. I toyed with that first chapter on and off until just before Christmas 2011, for some reason, I started on Chapter 2. The book was finished in three-weeks, wrote itself and accepted by the first publisher that I tried.

Published by Roundfire books on August 30th, 2013, this is Dr. G. Michael Vaseys 9th book and first novel. It is available to pre-order on Amazon. He is a practicing occultist/magician who lives in Prague.