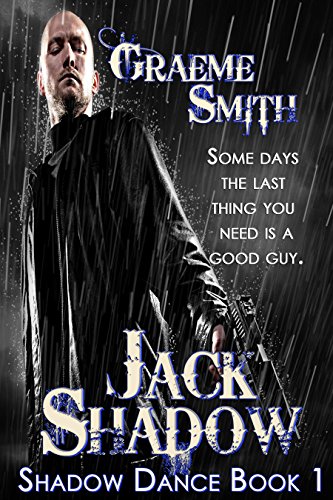 about this book: This book shouldn't exist.
OK. That's wrong. It should exist - but it wasn't supposed to.
Well - it was supposed to, but it wasn't. You see...
Hmmm. Perhaps I should explain.

Because he's the guy who walked out of a bar.

So I wrote about this Jack. About this not very nice man who does not very nice things for not very nice people. A man readers weren't supposed to like, but who, if they got to the end of what I was writing, they might have to think about all over again. And apparently I messed up. I messed up because my alpha readers - people who read things I'm writing before they're finished, and give me an idea as to whether I should carry on) - well. They told me he was funny. And that even though he really isn't a very nice man - they liked him anyway.

That's the thing with experiments. Sometimes, they turn out not to be the experiment you think they are.

So I carried on. I let Jack walk out of his bar - and keep walking. Jack. Who's a lot of things - but who's definitely not a good guy. Because, I found out, some days? Some days, the last thing you need is a good guy.

I should have been drowned. I wasn't. Which was good. What wasn't so good, not if I wanted to have one single idea about what was going on that is, was what I was. Stood on a beach in—I checked a nearby sign—Santa Barbara. Dripping wet. With a blonde in a two-piece that would have been an arrestable offence if it had about twice as much cloth. Which it didn't.

"Hey, Jack! Gonna get me a popsicle?"

I pulled out my wallet and peeled a fifty. I squished it in my fist, the water dripping from my fingers, then flicked the ball of useless paper at Blondie. "Keep the change."

"Spoilsport." Blondie narrowed her eyes. My leather vanished, along with most everything else I had on. The Speedos were—or more accurately very much weren't—all that replaced them. I was on a beach, my ass saying hi to the wind with a near naked blonde. Who probably wasn't a blonde—not a human one anyway. The Dragon wanted me dead, and I didn't have a gun. Or anything else my leather kept close to hand. Some days, you just shouldn't get up. And that's supposed to happen to other people, not me. It was time to get pissed at someone, but the whole no-gun, no emergency kit thing made that a little difficult. So I did the most dangerous thing anybody can do. I shut up. And thought. Blondie waited, one eyebrow raised. I looked round some more. The sun hung low, creeping close to the wet horizon. It was probably going to be a fantastic sunset. Which was kind of interesting. See, one thing a lot of people don't know about Santa Barbara: the beaches pretty much all face south. The fishing pier made it Goleta—which meant the setting sun was kind of lost.

"Smartass." Blondie didn't sound happy. Nor was I. Because that made it twice she'd read my unreadable mind. And I was fresh out of hats. "Look, Jack. Just roll with it, huh? You really don't want to see where you are right now."

"Didn't have to be here at all, Blondie. What you do? Take out an ad? Centre page of the Times?"

"You know, Jack, sometimes you're just no fun at all." The beach disappeared. The rocky cave walls weren't any real improvement. My leather was. Blondie seemed to think her two-piece was fine, assuming she was responsible for the absence of beach. If she was what I thought she was, the beach would have been cake. "Thing is, Jack—what if it was the beach that was real, and this is the illusion? Or maybe this is an illusion too, and what's real is—" the rock walls disappeared. The inferno of flame crisped my leather in an instant. The other instant—the one where my flesh burned from my bones in searing agony—seemed to last a lot longer. "—this?" The flames vanished. The waves rolled onto the beach. "So Jack. Be a good boy. Get me the damn popsicle, huh?"

At least she let me keep my leather.