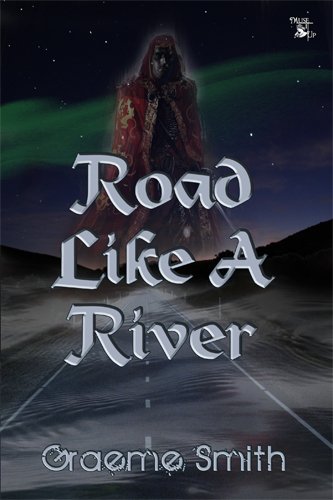 about this book: There was silence. Then… "You hear things when you're dead, Rosie."

"Yup. Hear things. Like…like there's this guy, see? An'…an' he drives a truck. An' when you're dead, he comes and finds you. Takes you somewhere. Somewhere you're supposed to go."

Rosie opened her mouth, but Jack shook his head and put a finger over her lips. "But—well, it ain't that easy. This guy, he'll only take you if'n you pay him. A penny, Ro'." Jack opened his hand and dropped the penny into Rosie's. "An'…an' if you don't got no penny, you gotta walk." Jack saw Rosie's eyes go to his bloody feet. "Whole lotta walkin' Ro'." He grinned. "See, I died without no pants. No penny. Heh. I saw the bastard once. He wouldn't stop." Jack looked back at the stone, his finger tracing. "But that ain't it. See, I heard this guy, he got himself…" Jack stopped. His eyes blurred. "Well, he don't drive alone no more." Jack stopped again. He looked at Rosie. "You happy, Ro'? Really happy?"

Jack grinned, his eyes filled with a tear to match each one of hers. "It's okay, Ro'. It's okay. I just needed to know." He turned to Rosie, and kissed her. His eyes filled with more tears. "Do me a favour, you daft bitch? Get it right this time. Try not to kill the bastard, huh?" Jack stood up. "See you around, Rosie. Got me some walkin' to do." He walked away. When Rosie looked up, he was gone.

Me? I blame the onions.
No, really! It was the onions!
Hmmm. Perhaps I should explain.

So there I was, one night, chopping onions for dinner. If it matters (which I'm not sure it does), they were red onions. And while I was trying to avoid adding elements of chopped finger to said onions, I got a thought in my head. A thought - not really a picture - of a truck. A big semi. Going down a long, straight Interstate under a sky full of stars that never moved. And I had absolutely no idea who was driving - but I knew there was going to be someone. Someone else. Waiting by the side of the road. And I knew... well, not much.

So when dinner was done, I sat down and wrote. A bit short of a page. Then I wrote some more. And by the time I had, maybe, a couple of pages, I knew who was in the truck. And why they did sometimes pick people up by the side of the Road - and why nobody ever saw those somebodies again.

And I tidied it up some, and juggled it around a bit - and that page or so became a Prologue. What you see above isn't that Prologue - what you see above came later. And something else came later. Because I knew that those somebodies the truck driver picked up were never, ever seen again. Not one of them.

Or almost not one.

Oh - did I mention it's sort of funny too? Well, it is. Or so some readers say.

But I get ahead of myself. And of you, the reader. So sit back a moment. Chop some onions if you like - though it's not compulsory. Let your mind go dark. See it? It's there... just drift a little more... There. The sky. The stars that never move. The long, straight Road. And the truck. Charlie's truck. Can you see it?

"The truck's lights speared the night..."