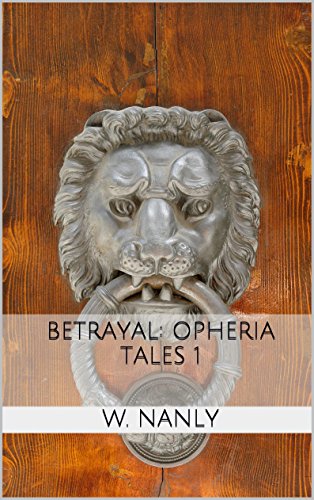 about this book: Betrayal is the first in a new fantasy / noir crime series I am writing, blending old-fashioned style psychological crime noir with a magic fantasy setting. I am excited about the direction of the series.

Investigators Tomis and Oath travel from town to town, making a living as private investigators, for the many in the dangerous world of Opheria who feel they have been wronged, and getting involved in the land's many intrigues.

Traveling the roads, they come across a town called GrandOak. The town has seen better days, and has recently been annexed by the powerful Magisterium. Tomis and Oath are contracted by a mysterious woman to investigate the murder of her fiance, a well-respected townsman.

There are many suspects, and many dead-ends in their quest for the truth. They must deal with characters who are weak, dangerous, conflicted and brave in their own ways. Will Tomis and Oath unravel the case before the murderer decides to put a halt to their investigation- for good? In the town of GrandOak, the story begins...