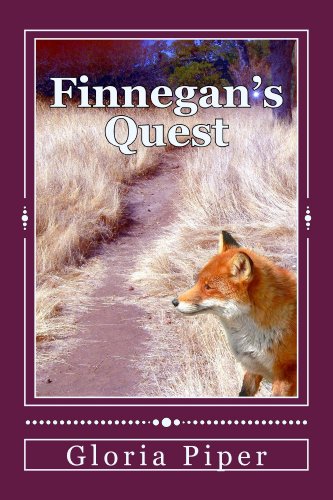 about this book: Finnegan, a red fox who feels he has outgrown Mama's lessons, searches in new country for a guru who is larger than life. His quest leads him into Squiggly Wood, only to find no welcome from its critters, except for Crookshank, an elder crow reputed to have an evil foot. Mama taught Finnegan never to trust crows, but since the crow saves his life, he welcomes her companionship. Shortly after, the woods erupt with guides and misguides vying to mentor him and separate him from Crookshank. Why should anyone care? The two friends investigate the cause of this attack and find it tied to a scheme by a secret force to take over Squiggly Wood.

This fantasy parodies societal and individual foibles Finnegan must endure on his search for enlightenment. Young and adult readers will find a quick and amusing read that invites them to look at life in new ways.

My inspiration for this novel began in the 1990s when a friend and I produced a zine, called Along the Path, based on nature and spirituality. In each issue I included a discussion by a fox and crow on the foibles of society. A raven would have been a more elegant choice of bird, which is why I chose the crow. It gives a sense of the commonplace, along with a touch of mischief. Fox n Crow became a favorite among readers. Fearing I would run out of ideas, I decided to stop writing it. After one issue without it, I received letters saying, Where is Fox n Crow?... It's my favorite part of Along the Path…. It's the first thing I turn to….

So I continued writing Fox n Crow until we ended publication of the zine. Some readers then urged me to collect the discussions into a book for publication. I've heard of other authors doing this, but it did not seem a wise move.

Nevertheless I didn't want to abandon these two characters. They seemed ideal for an allegorical fantasy, inspired by the discussions. Naturally the characters needed developing, as did a plot. The fox became Finnegan, a male adolescent red fox in search of a guru. When I saw a crow walking in search of crumbs, walking on one elbow, its leg bent double, walking as if this were the most natural thing, I had Crookshank, female elder of her flock, the crow with the so-called evil foot.