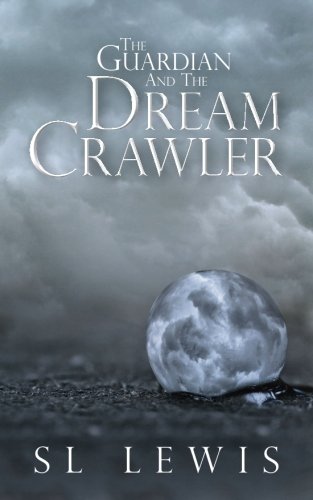 Book: The Guardian and the Dream Crawler by S L Lewis

about this book: The Guardian and the Dream Crawler is the first book in a series about a young wizard called Daniel Smith. Daniel was born in the magical dimension known as Eden where witches and wizards spent their time fighting back the growing demonic threat. They did this mainly with the help of the Guardian. The Guardian is one witch or wizard born into every generation since the Great War between the first witches and wizards. With the blood and aura's of two of the most power wizards to ever exist a Guardian is continually reborn to defend Eden, this was until the death of Logan. Logan was one of, if not the best, Guardian and when he died and a new Guardian failed to rise the Wizarding Council realised it was the trigger to a long feared prophecy for the fall of the wall and the return of Caliga.

For a long period Eden fought hard against the demons and defecting wizard's and witches whilst waiting for a new Guardian to appear, until Daniel Smith was born with the winged birthmark proving his ultimate destiny as The Guardian. Daniel and his family are sent to the human world for their own protection until Daniel is old enough to fight, in which time he tries to grow up as a normal human boy forced to never use magic by his mother. He lived happily with his two best friends, Rebecca and Wayne, playing football and having fun until their new History teacher arrived.

Gilbert Griffin, although disguised as a posh, shy History teacher was in fact a posh, shy Guardian mentor sent to train Daniel. From here Daniel has to blend his new human life with his destined Guardian responsibilities, learning to control his magical abilities and - just to make things more difficult - he also has to fight off a demonic Dream Crawler feasting on his home town. This is only the beginning for Daniel and for my readers as The Guardian books will continue to grow with each instalment into an epic adventure you won't forget.

I was inspired to write this book by the growing number of self-published authors being able to show their work to the world. I have always been quite creative with a vivid imagination so having an outlet for these 'stories' rushing around in my head is the best part of the whole process. Daniel Smith and The Guardian is a series of books which I have had mapped out in my head for a long time but due to being a husband, father of three boys and having a full-time job getting them onto paper is the tough bit! I try my hardest to find the time but generally, for me, I don't write out plans before the actual writing – I kind of just sit and start writing so that's certainly a good thing. Being twenty five (at the time of writing this) my generation has been swept away by Harry Potter and seen the likes of Twilight, Percy Jackson and The Hunger Games come quickly after, so they have all influenced me and my choice of genre. The audience I'm looking at reaching is similar to those above, teen, young-adult and the general fantasy readers out there, and I think this book will fit quite nicely in what is a competitive market.

Something that I have which I believe will help this book that some may not is a fantastic cover. The cover has been designed perfectly, fitting the overall feel of the novel brilliantly and hopefully this will encourage readers to give it a try. Covers can make the difference for readers, I've done it myself by picking up a book based on its cover, so I'm quite confident the cover of my book ticks the boxes needed.

For anyone reading this, or anyone who has visited the website etc, give the book or eBook a chance and I am confident you won't regret it. If you like fun, exciting and magical page turners this won't let you down and will keep you entertained throughout the duration.