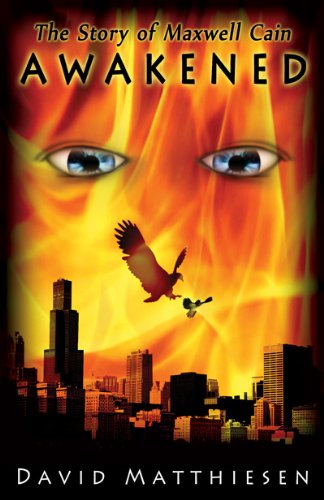 Book: Awakened (The Story of Maxwell Cain) by David Matthiesen

about this book: Max was your average 15 year old kid in high school where he tried to live a normal life. One day he wakes up and realizes 10 years of his life had gone missing and he is now a millionaire businessman. Max runs for his life and is quickly found by a man who calls himself a tracker. This tracker tells him crazy, impossible stories of powerful magic and evil tyrants determined to control the world! If that's not enough, he tells Max it has been written that he will play a part in it all. Max travels with his friends on a rescue mission and attempts to control his abilities and save the world. If he can't, he will succumb to his powers and become what he is destined to be.

In May, 2012, I had an idea in my head that would not go away. After trying to go to sleep for hours, I finally gave up and decided to write everything down - hopefully to clear my mind. Eventually, I had twenty pages of a rough outline and I realized I had the potential for a book. I have never written a single manuscript in my entire life, so this was definitely a new challenge for me. Two months later, and a little help from some friends, I had a completed book. Awakened: The Story of Maxwell Cain.