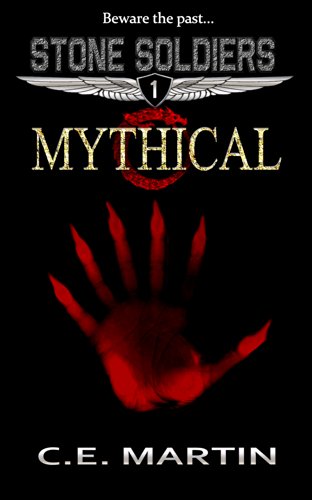 about this book: In a world filled with supernatural threats, the United States depends on the men and women of Detachment 1039 to protect America. Unfortunately, someone has killed the Detachment's entire squad of Stone Soldiers and their leader.

In the Arizona desert, teens Josie Winters and Jimmy Kane stumble across the body of Colonel Mark Kenslir, the Detachment's leader. His heart has been ripped out, half his head is missing and his corpse has turned to stone. Surprisingly, Kenslir returns to life, but can't remember much more than his name.

With the help of the teens, Kenslir finally remembers his last mission- to track down and stop a shapeshifter that has been ripping out and consuming the hearts of victims. When Kenslir and his men attacked the shapeshifter, they discovered that among his many forms, the creature could become a giant and a dragon.

Now without any weapons, without any support, Kenslir sets out to avenge his men and complete his final mission. Can two regular teens help America's last super soldier, or will they join those already killed?