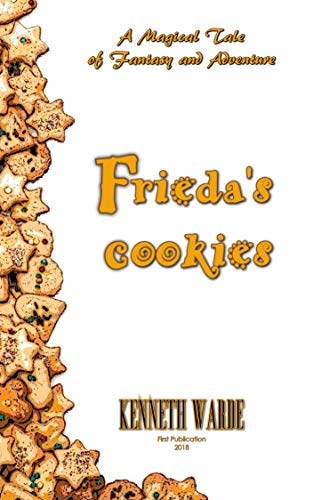 about this book: In a universe not found on any map of the stars, but rather existing in the imagination of the young and young enough, was a world. A beautiful planet like ours, with oceans of blue, and lands of brown and green, caressed by the cottony shapes of white clouds. From time to time, one could see the turquoise eyes of storms being formed and the silken strands of vagrant clouds sweeping across the vast seas, their individual journeys quite separate from the large clumped, silky masses of their brothers and sisters.

Shh…don't tell him that, though, will you?

He's not happy when he realizes that what he thought was right, was wrong. Some people are like that, but they'll eventually realize their mistake.

Now... wait; about the form of the world? That's a story for another time. We'll get there, don't worry. Oh, there's your disappointed face again. I'll give you a clue instead—it's not a round world. Remember, all things, including answers, have their time and place.

So, what's the difference, you ask? I'll tell you if you promise to keep it a secret. You promised? Alright, here's the secret…

Not the kind of magic you see in a carnival or other shows; they're just sleight-of-hand magic, not real magic but just simple tricks to amuse and delight the audience.
But in this world, called Ravia by some of its inhabitants, Erastia by others, and a lot of other names depending on where you lived, magic is indeed real. And don't be confused about the names, it's always like that; different people have different names for the same thing. But so we don't get confused, let's call the world Erastia; that's its name in the land where our story takes place.

Now, where were we? Ah, magic, of course. Real magic.

Well, let's start by saying how magic is a strange thing. Very strange indeed.
At times, it doesn't want to be with certain persons, which in turn, means a lot of people. Sadly, it is sometimes forced to obey somebody evil and cruel. Oftentimes, a little bit of it appears at a person's beck and call. And in the very rarest of instances, the entire magical energy of a world is happy to follow a certain individual and latch onto him or her. Or become a friend.
But real magic still needs the proper knowledge to be used the right way. Say a spell the wrong way, and poof! the magic-user becomes a tree. Ha! Now, I bet you're wondering just how many of the trees you can see right now, are magic users who got their spells horribly wrong!

And it's like trying to read a book everybody says has a wonderful story; to enjoy and understand its contents, one must know the ABC's and the meaning of all the words that go with it.

In this world we can now call Erastia, there's a large realm in its northern region known as the Kingdom of Melanion. On one side it has the Sea of the Western Deep—though people just call it the Deep. Above it is the Thamir Regency, while below Erastia's southern borders is the Starkanide Empire. Then, off to the east, there's the Forest of the Zynir… And beyond its thick and spongy carpet of green lie the Black Lands, not a very nice place, just as the name suggests. People say there are dragons there. But I digress; that's not where our story starts unless you want to begin there?

No? Good. And I don't want to go there either. But remember that Erastia is a place full of towns and cities, great forests, and majestic mountains. You might also come across creatures both strange and wonderful, or not so friendly ones.

So, because of the spongy green and the dragons in the Black Lands, I think we should go somewhere else with our story, do you?

I think our story starts, instead, in one of those towns we mentioned, in the Kingdom of Melanion.

And there, in Melanion, lived a young girl named Frieda, with long and bouncy curly locks of black hair, a ready smile, and a very kind disposition.

And, unbeknown to her, magic saw Frieda as its friend.