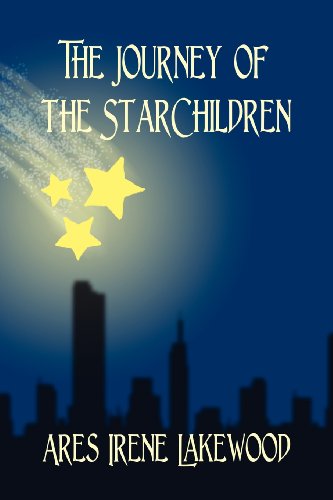 Book: The Journey of the StarChildren by Ares Irene Lakewood

about this book: My book is about three sisters trying to get home to their own planet. They were dropped to Earth when they were newborns and have just begun to realize that they really are not Earthlings. They are trying to return to their own planet while trying to stay alive and figure out the reason they were dropped to Earth. They are triplets. Their type of species is StarChildren.

StarChildren are aliens who were dropped from their own planet to another for a variety of reasons. Some were dropped because they were fugitives; some for protection; some because they are/were inadequate. They meet several people along the way that help them get home. The main character of the book is Starlight. It's written in first person. It took me two weeks to write it. It's only 212 pages. The hardest part of writing it was stopping. It was hard to stop writing long enough to sleep. I did not do research for my book because everything about it came from my mind. I didn't choose the cover. My publishers did. My book is adult and its genre is fantasy.