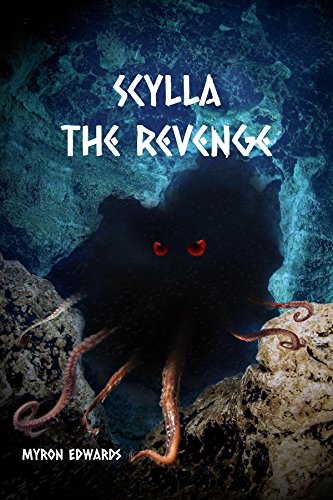 about this book: Nightmares can be fleeting, forgotten when the crack of a new dawn peeps through the curtains and brings in the morning,; but some nightmares linger, and become repetitive, like a shadow they follow you in your dreams, you try hard to escape them, but still they linger in your mind in your thoughts, even in your waking hours.

For Richard Cole his nightmares have come and gone, over a period of years, his memories of war and its aftermath and his encounter with a woman not of this world, seem inseparable.

As hard as he tries he just can't break away from her and now she is more determined than ever. He knows this particular nightmare is just beginning and it is one that will affect his wife and his family, for the repercussions lay far beyond his imagination.

His nemesis is Aphrodite Goddess of love, only this time she will not be so loving. In fact her darker more malevolent side will come out and together with her sister The Scylla a mystic creature of the deep they will wreak havoc together upon the innocent, which will force Richard to act. For his rejection of the goddess in favour of his wife, has left the goddess with a bitter taste in her mouth and the need for revenge which has stirred her immortal blood

As a series of mysterious deaths start to appear across the island Richard realises very quickly that this is the catalyst for his return, to stop the killings he must return to the island of Cyprus to face her one more time.

But at what cost?

For Richard Cole this is one nightmare that is not going away.