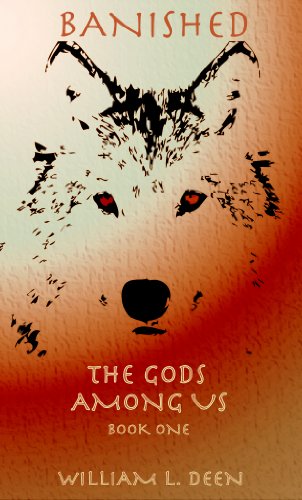 Book: Banished - The Gods Among Us (Book One) by William L. Deen Sr.

about this book: A fantasy/historical fiction novella series, The Gods Among Us is based on the ancient Sumerian pantheon of gods. In the year 10,000 B.C., the malevolent god Inlil is banished to Earth for his assault on the goddess Sud. He rules within the canid realm in wolf form. He has only one decree placed on his banishment. Do not encroach on the domain of man.

Inlil discovers the suffering he causes to man empowers him. Intent on returning to Nibiru and seeking vengeance, he begins a reign of terror and death.

In response, the great God King Anu sends Inlil's half-brother Enki to return him to Irkalla, the underworld. This begins a battle between brothers, and gods, that spans 10 millennia. Through ancient Egypt, The Indus Valley, and Rome, Enki follows and fights to stop Inlil.

• "The Gods Among Us is unpredictable, well-executed, fast-paced, and an unexpected treat!"--Mindingspot.blogspot.com