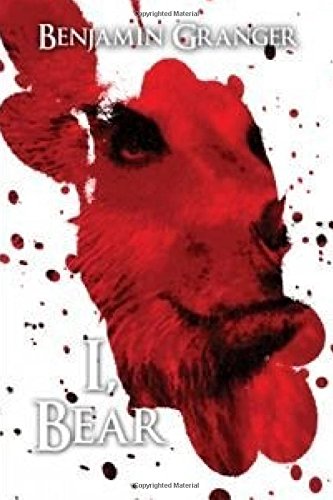 Book: I, Bear by Benjamin Granger

about this book: Do you know the bear that always appears on television when there's a forest fire, Smokey, that's his name. Well, the story becomes more than a cartoon, when two guys who commit arson actually get to meet Smokey in person.

But, when the two finally see this bear in person they apparently can't find it after the scary attack they encountered in the woods. But, they soon realize this bear is more than just a furry woodsman when they found out the woods where they are at was already burned. The two attempt to go into town to give warning.

When they arrive they had no reports of a dead bear as if it actually survived, but how? The two investigate more and more, but still find no evidence of any bear that died in those woods.