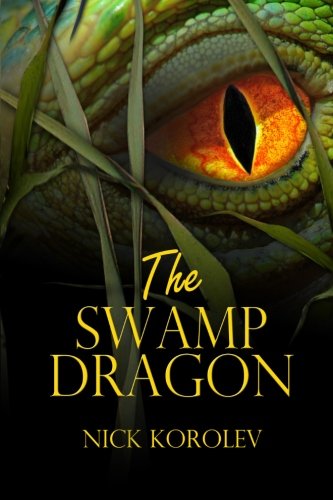 about this book: For those who like their history spiced heavily with fantasy, THE SWAMP DRAGON will take you to a new world where fantasy blends with reality. From the misty mountains and shadowy hollows of Laurel, West Virginia a new legend arises. It is 1863 in Civil War-torn southern Hardy County. Beloved school teacher, George Voorhees cares only for the children he teaches and the love of his life, Sarah Cunningham. However, he soon finds himself involved in a war he is trying to avoid. In this part of the county, Captain Luther Boggs, a vicious leader of a gang of bushwhackers he calls the Confederate Home Guard, uses the war to steal from and terrorize neighbors. Even George and his class are not safe from Boggs' threats.

Boggs' only nemesis is the Union Militia called "Swamp Dragons" by the locals, a group Boggs has little respect for and plenty of hate. Boggs and his gang soon run afoul of Abigail, a friend of George's and the local midwife and herbalist reputed to be a witch, when they steal medicine and chickens from her, calling it payment for them protecting her from the Swamp Dragons.

George becomes the unlikely hero shortly after he joins the Swamp Dragons at his brother's insistence. When George is shot by Boggs during an ambush, Abigail turns him into a real swamp dragon in order to save his life and right a cosmic wrong. Overnight his simple life is shattered, and he is thrust into a perilous new world of destiny, revenge, magic, and power beyond what he ever knew as reality. With only Abigail's advice for guidance and the continued love of Sarah, he fears he will lose, George must navigate the dangerous terrain of a strange world and end the reign of terror by a man whose evil knows no bounds. Thus begins a local legend and chain of strange and chilling events that lead all the way to Washington.

My screenplay THE SWAMP DRAGON based on this novel won Best Screenplay at the 2010 Appalachian Film Festival.