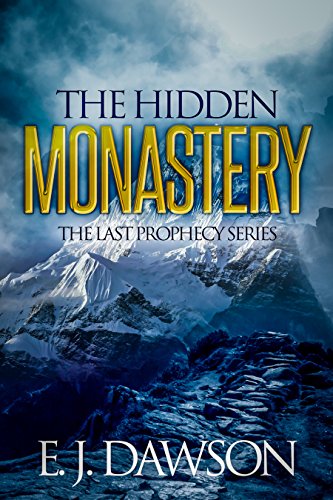 about this book: The Hidden Monastery is the first novella in a long series of fantasy books with a steampunk/suspense flavour.

Captain Katarina Salisbury of the Iron Lady is a propaganda tool for the Illisian government has been tasked to destroy avalanches and save a village, and mostly for good press. To her annoyance her commander has allowed two nobles to oversee the venture, and they make it clear they do not think very much of her widely advertised adventures.

Kat grits her teeth and bears it as they proceed to the Drezusk Mountains, but all is forgotten when the first avalanche falls and underneath is a monastery, lost to time.

When the local villagers are told they run for the coast, scared and cursing the presence of the Iron Lady. Disturbed but headstrong, Kat ignores them to examine the monastery herself.

Opening it uncovers a secret that should be wondrous, except dark forces pursue those with the knowledge, and Kat's dreams of becoming more than her reputation are in jeopardy as a storm closes in.