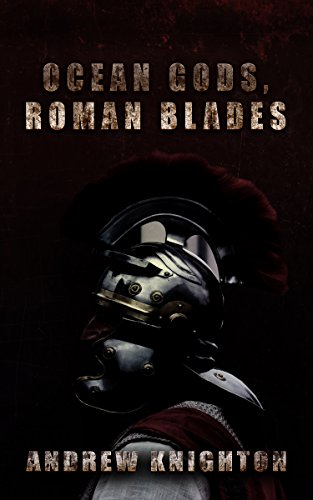 about this book: A fantasy novella of war, magic and defiance.

The fiercest soldier in the legions of Rome, Varus is at war not just with Thracian pirates but with the officers commanding him. In Varus's eyes, discipline is for other men, even if the price of disobedience is the lash.

When the Thracians call upon divine magic to give them power, Varus's actions almost lead his comrades to their doom. As he seeks redemption for his mistakes, his commanders seek a confrontation with the Thracians, a final battle for control of the seas. Can Varus find strength of character as well of strength of arms? Will Roman blades be enough to defeat ocean gods?

This book was inspired by the real battles between Rome and the Thracian pirates of the ancient Mediterranean, and by the question of what would happen if ancient gods responded to their worshippers' prayers. It's a story for anyone who loves action and adventure, or who likes to explore worlds beyond our own. But at its heart lies a challenge we all face - can we serve others while being true to ourselves?

• "This book is a fantasy tale infused with accurate historical details, but more than that it is a rousing adventure story with excellent characterization and plotting." — Ralph E Vaughan, author of Shadows Against the Empire

Other books by Andrew Knighton