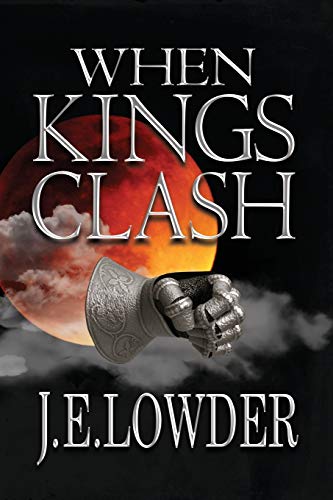 about this book: Four summers have passed since Ela Claire went into hiding. Will she emerge to become a storyteller, one of the most powerful beings in the lands, or will she retreat into herself and live out her life as a hermit?

The world she knew is gone. Her village and good friend, Romlin, have been destroyed. To rise to the challenge before her will take courage and faith even she doubts she has.

As war looms, old myths grow from tavern tales to reality. Rumors swirl that the Worms of Bal-Malin command the skies and that two rogue warriors, both with the title the Gor King, prowl the lands. The Reversal of Skies has the refugees of Min Brock concerned. Is it proof the true whisper is dead and that the Cauldron's Dark Flame rules supreme?

And yet, when all hope is dashed, a whisper comes.

The War of Whispers rages.

"Lowder has done it again-created a world for us to immerse ourselves-intensity, discovery and a pathway of epic portions into the 'what ifs' and the elusive hope."

"Once in a great while stories become as close to us as family. 'When Kings Clash' invites us to continue the journey with Ela Claire into the battle with mysterious evil and lifts us to cheer desperately for peace and more than survival. I long to be in this world with The Only -or maybe I already am ..."