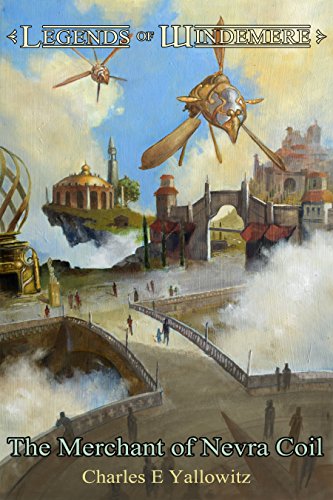 about this book: Within the pages of Legends of Windemere: The Merchant of Nevra Coil, the champions find themselves in a new, bizarre adventure. If they were hoping to continue their search for the destiny temples that maintain Baron Kernaghan's temporal prison then they are sadly mistaken. An unexpected threat has begun eating away at the curse and its energy is causing innocent people to go insane. Even the gods are worried that the longer this danger goes unchecked, the more likely it is that the Baron will return to Windemere before our heroes are ready.

All of the chaos and danger stems from a new product that has spread across the kingdom of Serab. Toys shaped like the champions have been appearing in the marketplaces for over a month and the populace has become obsessed. It is rare that shipments make it through a week and even the villains who are portrayed have gathered followings. The fervor has infected every town, creating cheering mobs that repeatedly force the champions to retreat into the wilderness. It is such a debilitating distraction that they have no choice, but to find the creator of these toys and stop them before their destiny can continue.

Too bad for the champions, there is another person on the hunt for the merchant behind these popular toys. Yola Biggs, the exiled Chaos Goddess, has spent centuries helping the Baron in return for protection from the other deities. Not having a figurine is an insult, even though nobody is aware that she is involved in the champion prophecy. So when Yola and her enemies clash in the city of Nevra Coil, the situation goes from worse to near-apocalyptic.

Time is running out for things to go back to normal, but with most of our heroes incapacitated, who will step up to stop Windemere from burning in a sea of magic and insanity? 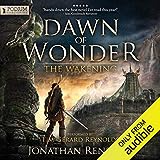