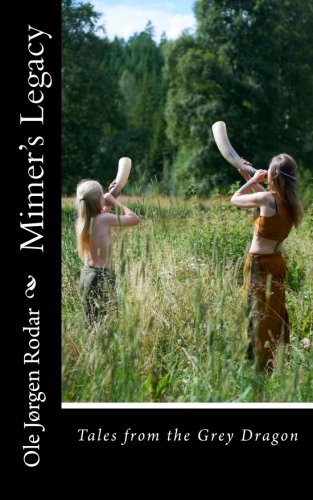 about this book: Mimer's legacy is the story of the last big human migration. The legend of Mimer, Odins advisor, and how his head ended up in a bucket is well known. This is the story told and seen in a new way. How did Odin come to know Mimer? And who was the old norse God really? More and more, the scientists tells us the old norse gods once were men and women living in Scandinavia several thousand years ago. What if this was true? How would they be as persons? Where did they come from? What made them be like they were, making such imprint on others that they got godlike status in the years to come.

Mimer's legacy takes the reader on a journey of several thousand years. The story is told by an old warrior travelling through time, to a young present day boy. He tells about how the old legends are like we know them, about a people we know little about. He tells about a war, of friendship beyond death, of loyalty, deciet, betrayal and honor.

We follow the young boy, Thor, from his parents buy a farm, and til the boy reaches grow age. He listens to the old man's story, and that story forms him as he grows.

I wrote this book with the knowledge i have as an old norse heathen, knowing that Odin and his people were my ancestors. I used memory, historical facts and old knowledge to tell my story.

The coverphoto of this book is from one of our celebrations to the old gods.