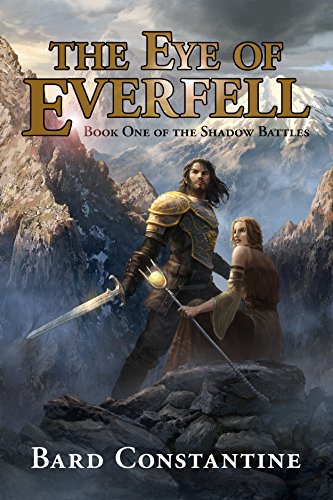 Book: The Eye of Everfell - Book One of the Shadow Battles by Bard Constantine

about this book: Eye of Everfell is the first novel in the series Shadow Battles, and epic fantasy saga that returns author Bard Constantine to the heroic fantasy genre that has always fascinated him.

What makes one person a hero and another a villain? The query is explored in depth as we follow the exploits of several key characters.

Alaric Aelfvarder is the lord and protector of a race of powerful beings considered as mere legends by the common folk. But his people are stricken with a cursed immortality, and his quest to free them will place him at odds with rebellious factions and eventually mankind itself.

Nyori Sharlin is a Shama: a keeper and guardian of ancient lore. When her initiation places her in a world beyond her own, she emerges with an artifact capable of awesome power. But will it be her salvation...or her destruction?

Marcellus Admorran was once the kingdom's most revered knight. But when he is betrayed and left for dead, his quest for vengeance will put him on a road so dark that his very soul will be threatened. But in his fury, he is unable to see the storm in the distance that threatens to overwhelm all that he has fought for.