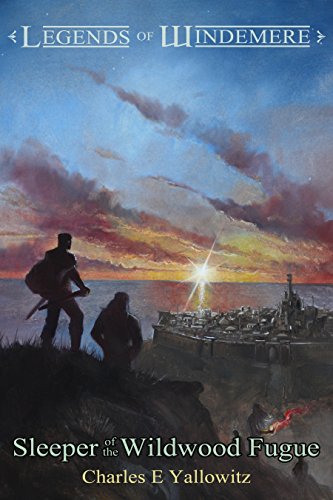 about this book: Legends of Windemere: Sleeper of the Wildwood Fugue is the 7th installment in this epic fantasy series. Everything our heroes have believed about their destiny is about to change when they uncover the location of the final champion. Within the mind of their new ally lies the history of Baron Kernaghan and the revelation that this is not the first time a band of heroes has held the ancient Compass Key. In fact, there are so many layers of manipulation that a seed of doubt will be planted within every player of the game.

This new information will not be easy to digest and the fact that our heroes' path is carrying them to Bor'daruk makes things even worse. Luke Callindor and Sari will come face-to-face with his fiancée, Kira Grasdon. Under the traditions of her people, Kira has allowed Sari to be her betrothed's companion, but recent events are changing the heiress's mind. A vengeful tribe of nomads has accused the Grasdon Merchant House of stealing their holy relic and are sending vicious monsters to devour the family. Now there are only a handful left, which leaves Luke and his friends to protect the survivors. Yet they might be in over their head after Nyx is sent hurtling into the desert.

Can the other champions defeat these mysterious beasts without the powerful caster by their side? What will happen when they realize that there is more to this war than anyone could have predicted? By the end of Sleeper of the Wildwood Fugue, several heroes will be broken and left wondering if they are really able to make a difference in their world.