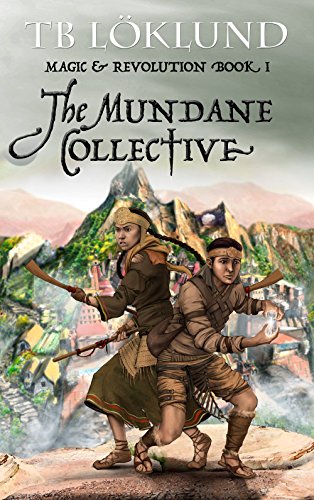 about this book: The Mundane Collective is about a teenage boy named Michi whose family has hidden his magical nature his whole life. In the land of Tantisuyu, (which is loosely based on the Inka Empire), a small part of the population is born with magical powers. These magic-users are taken from their families when their powers are discovered and are raised to become part of a tyrannical ruling elite. Michi's family manages to hide him, but as he gets older it becomes harder and harder to hide his powers. Meanwhile, a protest movement (think Occupy Wall Street in a fantasy setting) has broken out against the Magocracy and Michi and his friends have joined this protest.

This is a coming of age story that concerns the sorts of ethical questions a young mage raised to identify with the mundane majority of society has to face, and also asks deep philosophical questions, such as why it's easier to shoot fire from your fingertips than to talk to pretty girls.