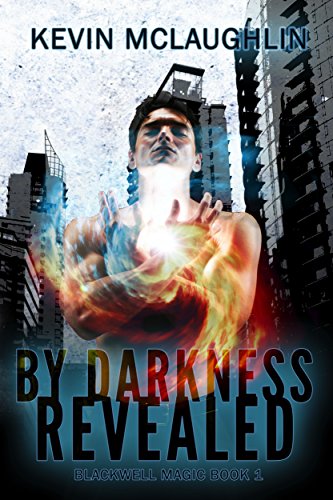 about this book: Coming of age contemporary fantasy at its best!

Ryan Blackwell thought to escape his magic by burying himself in the military college at Northshield, Vermont. But Northshield University has a secret: a nexus of magical power that people will kill to possess. Dark forces begin to move on the campus. Lives are at risk, including Ryan's.

Hiding his power becomes impossible. Instead, he finds himself in the midst of a deeper and more dangerous sorcery than he has ever encountered before.

Things spiral out of control, and soon only Ryan's wit, will, and the talent he once hoped to leave behind stand between a nightmarish creature and everything he cares for.

There is more to Ryan than meets the eye. But even with the powers he controls, can he stand against this darkness, or will it swallow him whole?

This book launches the Blackwell Magic series. It is a stand-alone novel, but you can follow Ryan's other adventures in "The Raven and the Rose", "Ashes Ascendant", and the short story "By A Whisker".