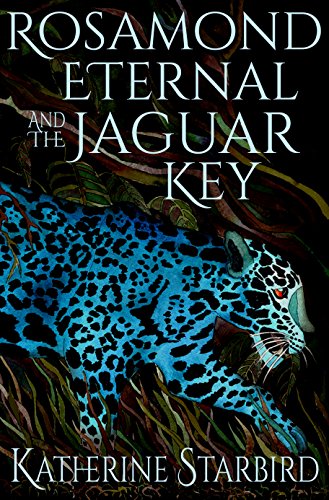 about this book: The Jaguar Key is about a former jaguar goddess who struggles to blend into the world as an ordinary human. She's forced out of hiding when a vengeful dragon tries to get her to use her ability to cross the planes of death to help him get revenge on an enemy. She struggles to find freedom and love, ideals that she thought were beyond her reach.

I love fantasy and magical realism, so I thought it would be fun to set a classic fantasy style story in the contemporary world. The cover art leans more to the magical realism aspect of the story and reflects the surreal world the main character lives in. The painting on the cover is Blue Jaguar by Colorado artist Kathy Park who does amazing watercolors and sculpture.

The Jaguar Key is a stand-alone book with a complete plot, but there are several other books in the works that will form a series with overlapping characters and plot lines. I have books planned for several of the characters in this book, but if readers latch onto characters that I hadn't planned to develop, I'm open to writing stories for them as well.

I have backstories that begin in prehistory, and sequels that go well into the future. The most difficult thing is deciding where to focus first; there's so much to tell about this story world. That said, I'm excited about the possibilities.