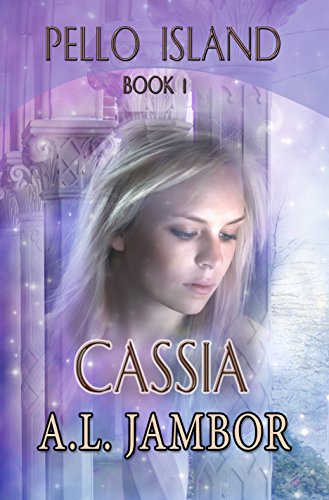 about this book: What would you do if you woke up in a strange apartment with a new body? This is the question I asked myself when I began writing this tale of a young Roman girl who finds herself caught in a cycle of death and rebirth because she fell in love with the wrong man. There is something about ancient Rome that continues to fascinate, and as I researched that time in history, I learned that a young girl had little to say with regard to her own life. She was her father's property, and she was expected to do what she was told. With this in mind, and the idea of being reborn over and over, I began to write what would become a series of four books called Pello Island. The island is a penal colony just south of Sicily, and how she and her three companions in time end up on that island, caught in an endless revolution through several lifetimes, is the subject of Pello Island Cassia.

Sharing my stories has opened up a world of possibilities as more characters appear in my mind and send me on an unexpected journey of discovery. I'm so glad I can share them with you. While this book may seem geared toward young adults, the next book in the series, Darius Pello Island 2, would be more suitable for older teens.