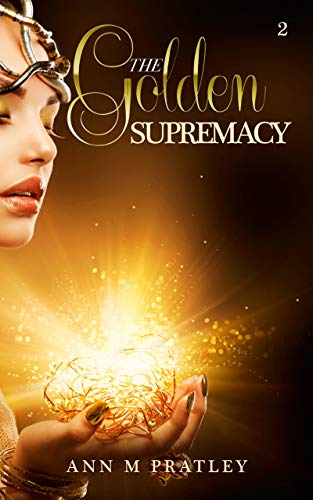 about this book: Living in an ancient village, after having passed from our present time to hundreds of years into the past, Trent has been monitoring the health of Isabella following the battle they fought in 'The Golden Desires'. Both feel the entity they thought they'd eliminated actually isn't gone at all, but rather just hiding. It knows how to manipulate people, making them think things that they wouldn't have otherwise. The question for everyone is, if it's back, how do they defeat it once and for all?

What is it? What is its end game? And when will its intent to destroy the ancient village end?

NOTE FROM THE AUTHOR:

The Golden Supremacy continues the saga of paranormal activities beginning to show themselves in the ancient village Isabella has always lived in, but Trent has only just recently discovered. Having made the decision in The Golden Desires to leave our present time and travel back to Isabella's, Trent has never questioned his decision. In the past he's found a life that is stress free and more fulfilling that life in our time ever was. How many of us wish we could leave behind this constant need around us for 'more', and just return to a life more simple?

As The Golden Desires was, The Golden Supremacy is a fantasy novel with slivers of time travel and paranormal. The book cover beautifully depicts Isabella and her ability to seize the power of the golden stone that resides under the village. It is their source of heat, high up in the mountain range, and their source of so much that even the village population have no idea about.