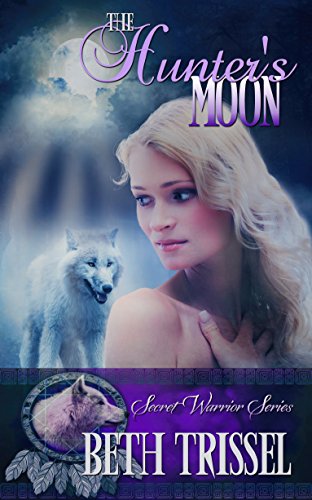 about this book: Young Adult fantasy romance novella The Hunter's Moon (Book 1, Secret Warrior series) took years peculating in my mind before I wrote a word. Although the setting is present day in our Virginia mountains, I've drawn on my knowledge of colonial America, Native Americans, particularly the Shawnee, the mountain people, herbal lore, and my imagination. Romance grows and mystery deepens as an unlikely but close-knit pack of friends share fantastic adventures together. Parts of the story are even true.

Scout's honor, and I was one.

When the first settlers came to the Shenandoah Valley in the early/mid 1700's, my Scots-Irish ancestors among them, Shawnee were living near the present day town of Winchester. They also hunted in the valley, a thoroughfare for Native Americans going north or south, but were soon evicted and war broke out. In The Hunter's Moon (and the series), a small band remain in the mountains as guardians of the forest. I've placed them in the ridges surrounding Fort Valley, a little known valley hidden between the Massanutten Mountains, just east of the Blue Ridge. A nugget I gleaned about George Washington ordering Revolutionary War hero Daniel Morgan to build the first road into Fort Valley and the plan to use it as a hideout if the Continental Army lost to the British at Yorktown, formed the basis for the series. And then there are the hala'a'kwa lin'nuwech'kie, Star People. Jim Great Elk Waters, Shawnee Elder and Pipecarrier, assisted with the language.