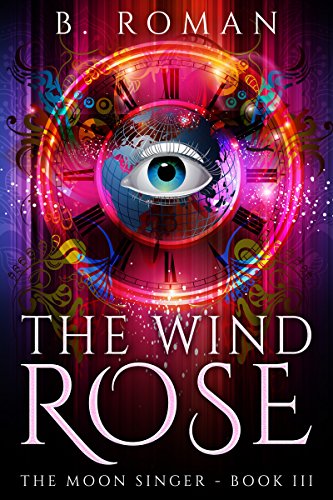 Book: The Wind Rose (The Moon Singer Book 3) by B. Roman

about this book: THE WIND ROSE, Book Three in the Moon Singer Trilogy, is the prophecy realized. As David tries to explain his otherworldly adventures to his family, his relationship with his father suffers a serious breach, with his father urging David to seek professional help for his "complete disconnect with reality." David accuses his father of never truly accepting his deafness, and charges that he resented David's mother for helping him live successfully in a "silent" world. To provide evidence of his experiences, David must find a way to reunite his three sacred artifacts, which have been separated - the magical Singer crystal that conjured up the Moon Singer ship, the Rose Crystal pendant with the healing codes of music that helped Sally walk again, and the coveted Wind Rose which has the power to create or destroy life - if he and everyone he loves are to survive impending doom.

When a mad music professor, bent on revenge for the proliferation of dissonant popular music, causes unexplained natural disasters and worldwide tragedies, David realizes he must retrace the origins of the Moon Singer through the eons of time and space. In doing so he discovers the relationship between the power of music and universal laws, and the importance they play in his life and the future of all mankind. He also comes to realize that his "disability" is his greatest gift. Just how he chooses to move forward because of it becomes a tribute to the unconquerable human spirit.