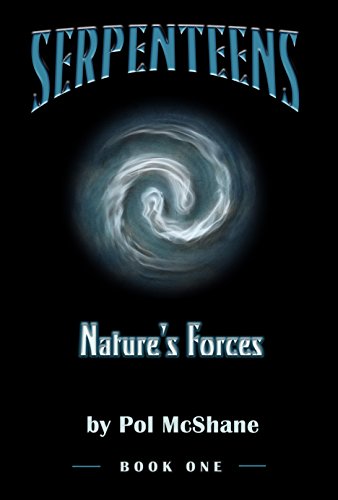 about this book: "Nature's Forces" is the first installment in the four-book Serpenteens series.

It introduces five teenage demigods who have the ability to change themselves into different types of snakes. When in snake form, each one can control different aspects of weather. They travel around helping with the severe weather that has been plaguing the planet.

I came up with idea of doing a book about humans who could change into snakes. As I thought of how and why, the word serpentine kept popping into my head. I played with the spelling and realized they needed to be teenagers: Serpenteens.

There was a lot of research that went into the series. As I researched snakes, I realized how much folk lore there was connecting snakes to the weather; that's how the Serpenteens' abilities came into play.

Aside from researching snakes, I've had to research weather and global warming.

This is my first YA series, but I wanted to make it enjoyable for all ages. And I like to think I've succeeded.

The Serpenteens series has only just begun, but it is by far one of my favorite books to write.

• "Not just for young adults!"
• "This novel is very enriching and will stretch your imagination."