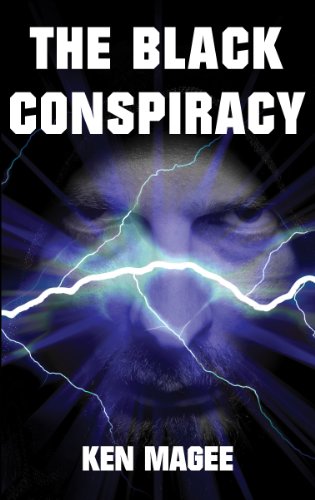 about this book: The Black Conspiracy is the second in a series of books which live under the tagline 'ancient magic meets the Internet'.

• "This wonderful book takes the story forward from Ken Magee's debut novel Dark Tidings. It's a fantasy but with a difference - ancient magic meets big banking and the internet."

We met the heroes in Dark Tidings… a computer hacker, a has-been wizard and a somewhat inept thief. They're all flawed characters, but then again, aren't we all? The Black Conspiracy adds a few more into the mix.

• "There are new characters introduced & all are brilliantly cast adding more adventure & side splitting funnies along the way. Action, mishaps & humor & all this is done under the watchful eye of Mr & Mrs Universe (a new addition to the series)."

If you want to laugh while the world is coming to an end, then maybe The Black Conspiracy is the book for you.

• "This is a hugely funny book. Ken Magee's sense of humour shines out through the story and leaves the reader with some beautifully memorable phrases."