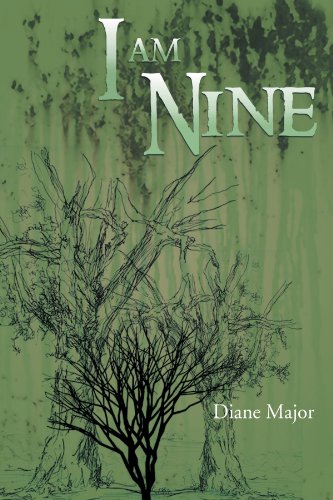 Book: I Am Nine by Diane Major

about this book: I am Nine is about a child who is torn away from her parents when people around the world begin to die, The child named Naomi grows up on a cruise ship with other survivors and then they reach the American coast. Naomi goes ashore as part of a scout group to discover the world has changed. Separated from the rest of the group she faces a pack of great dogs then a stranger and finally cannibals. Survival is the name of the game. I made a decision to write I am Nine as it shows the determination of a child to survive with strangers and in the unknown.

The title is part of the book and I would not want to spoil the story by explaining why it is named I am Nine, really need to read it to find out. When Naomi reaches the American coast she has to escape and she chooses the forest which is why I chose this cover. The hardest part of writing this book was that there is so little conversation in it. Obviously in the book there are reasons for the lack of conversation however,it did make it more difficult. I did very little research for the book, it is mostly from my imagination. While I was writing this book it raised my awareness to the determination of people who strive to survive in the most dangerous circumstances. Out of the books I have written to date this is my mother's favourite book and I hope people who choose to read it can escape from reality for as long as it takes them to finish it.